with optional 4-Day Extension to the ancient Anatolia region of 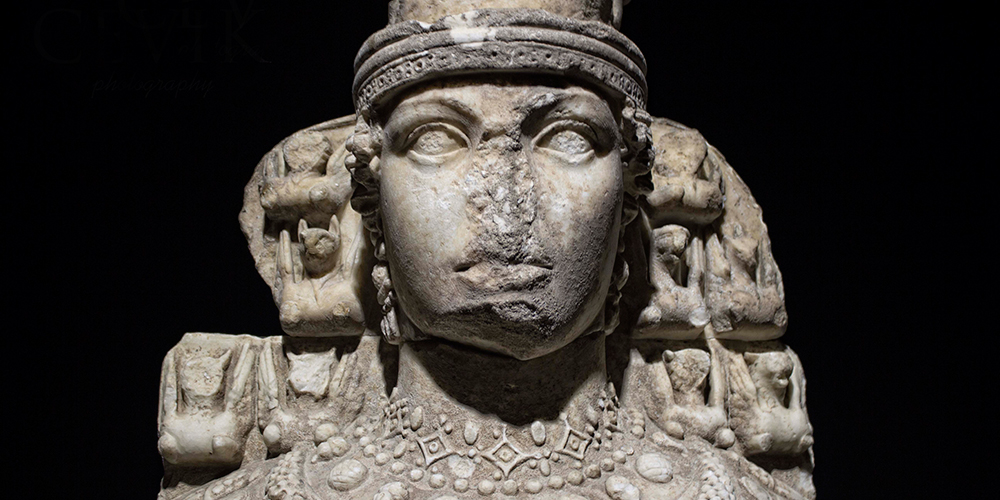 .Are you being called?  So am I.  And now.  This journey through this ancient land holds the memory and energy of the first civilization of the human race; this land was where the Goddess tradition peacefully thrived for millennia; this land flourishes with healing springs and holy pilgrimage sites of mystics, gods and goddesses rising up to call us home again. Let’s go, we have sacred work to do! – Cynthia Flores-Signet

10 nights accommodations in 4-5 star hotels, based on double occupancy

Baggage Handling in the hotels/Applicable taxes

Discussion and Private Ceremony with Whirling Dervishes of Konya

A warm welcome to Mystical Turkey!  A member of our expert travel team will meet our group at the airport to transfer us to our 5-star hotel with a view of the Golden Horn, where you can settle in and relax.  Later in the evening, our group will meet with Cynthia and our guide to discuss our amazing journey ahead! 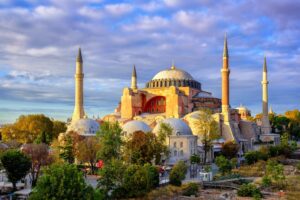 After a delicious breakfast we visit the sacred sites of HAGIA SOPHIA, THE CHURCH OF THE HOLY WISDOM,  dedicated to Sophia, which has inspired architects and religious leaders for over 1500 years; THE BASILICA OF THE UNDERGROUND CISTERN, where we will explore the hidden Medusa representing the ancient feminine wisdom; and TOPKAPI PALACE with its sacred inviolable Harem, female members of the family that housed the Valide Sultan,  the sultan’s daughters and other female relatives.

Some women of the Ottoman harem, especially wives, mothers and sisters of sultans, played very important political roles in Ottoman history.  It was said that the empire was ruled from the harem. Hurrem Sultan (wife of Suleiman the Magnificent, mother of Selim II), was one of the most powerful women in Ottoman history).

Today we transfer to the airport for our flight to CAPPADOCIA, home to one of the most spectacular landscapes in the world – deep valleys and soaring rock formations dotted with homes, chapels, tombs, temples and entire subterranean cities harmoniously carved into the natural landforms. In the afternoon we visit the hidden monastic valley of Pasabagi, which has a large number of carved rock houses and churches. 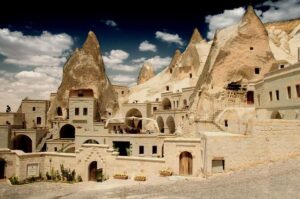 After breakfast you may have an optional hot air ballooning, a dream to gently float over the countryside in complete harmony with the deep canyons and lush fertile valleys of Cappadocia. Gentle winds carry you over places that could never be reached except by balloon. Then we will visit a local municipality carpet cooperative, where we will get the chance to deepen into the traditions of the people of Cappadocia.  Our travel continues to the fascinating UNESCO World Heritage Site of Goreme. The lunar like landscape of this region is eerie, yet beautiful. Over thousands of years, the rain has eroded this volcanic ash landscape to give rise to strange rock formations known as “Fairy Chimneys”. Many of these have homes and churches carved into them, and many of the grottos are magnificently decorated with colorful frescoes depicting biblical scenes.

Today we will explore Avonos Village, with ceramic art dating from 12th B.C. to 3rd B.C. and one of the Underground Cities of Cappadocia.  Who were the original builders of this awesome network of labyrinths and tunnels as deep as two hundred and seventy five feet with eight different levels? This subterranean city was equipped to house up to 20,000 people! Our amazing journey continues to Konya and the World Heritage Site of Catalhoyuk, a 9,000-year-old Neolithic sacred center and City of Shrines honoring the Goddess of ancient Anatolia. As the Age of the Goddess is once again emerging as the light of the violet flame infuses the planet, it is here that the original memory of Her tradition is held.

In the evening we will attend a private Ceremony of the Sufi order of Whirling Dervishes, who will perform their ritual dance called “Sama” followed by a group discussion. We’ll watch in amazement as they use music and dance to induce themselves into a mystical state. As the ceremonial music plays, they begin to whirl, and their long skirt billow giving the impression that they are floating on air! 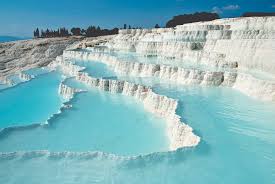 We drive west to  Hierapolis, whose name means “sacred city,”  said by the ancients to have been founded by the god Apollo. It was famed for its sacred hot springs, whose vapors were associated with Pluto, god of the underworld. We will relax in those same waters that still flow in the thermal pools of our beautiful spa hotel! 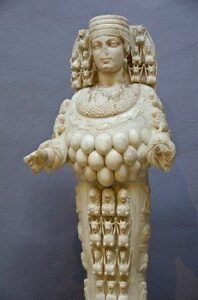 Today, our journey takes us to Sardis and The Altar of Cybele, the ancient Anatolian Mother Goddess who was worshipped throughout this region. The altar faces east in the center of the Sardis archaeological site, next to an area used for refining gold panned from the river. The entrance is guarded and flanked by two crouching lions, the animal sacred to Cybele. To students of ancient mystery school traditions and the ancient feminine, this indicates the portal entrance to high initiation for those prepared to pass through this gate.

On this Easter Sunday we visit the TEMPLE OF ARTEMIS in EPHESUS, the largest ancient city ever uncovered and considered one of the seven wonders of the ancient world! This ancient temple, built around 650 BC was 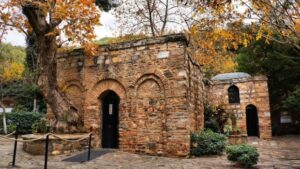 constructed on a site already sacred to the Anatolian Mother Goddess, Cybele.   Legends say that the Temple was founded by the legendary warrior women known as the AMAZONS.

We continue to the sacred pilgrimage site of the HOUSE OF THE VIRGIN MARY located just outside of Ephesus, which is believed to be Mary’s final home. There is an ancient underground healing spring that runs underneath the Virgin’s house and a “wishing wall” where we can leave our heartfelt intentions and prayers.

CYNTHIA recalls a past incarnation of study with the Master Physician and Healer Asclepius at this sacred dream temple site, and it would be of no surprise if the soul group that is participating in this journey with her will feel the same.  Asclepius and his priests/priestesses worked with the healing of the emotional, physical and mental bodies, believing that it is the soul that ultimately must be healed. Perhaps the Asklepion of Pergamum would be considered the first holistic wellness retreat center. It was one of the most important and best known healing centers of the ancient world, and its energy still draws pilgrims in need of healing to this day.  The Asklepion of Pergamum was built around a sacred spring (which still flows) and is said to have miraculous healing properties.  There were strict protocols for the patients to follow upon entering the acropolis. They were to approach the temple to begin their journey of healing via the “Sacred Way”. They would then continue their path by entering through an underground passage that led to “dream cubicles” where the patient would spend up to several nights until a dream was induced with a visit by the god Asclepius. It was from that dream experience that the physician/healers would diagnose the patient’s illness and treatment.  As part of their healing protocol the physician/healers would recommend therapies such as bathing from the sacred spring waters, massage, psychotherapy, herbal remedies, and in some cases, surgery was required.

For those who are not joining us on our extension journey,  there will be a group transfer to the Istanbul Airport for your departure home after a farewell breakfast.  For those who are ready to continue (and who wouldn’t be?) on our amazing journey to the most ancient ceremonial center on earth … let’s go!

Harran and the Temple of the Moon god Sin 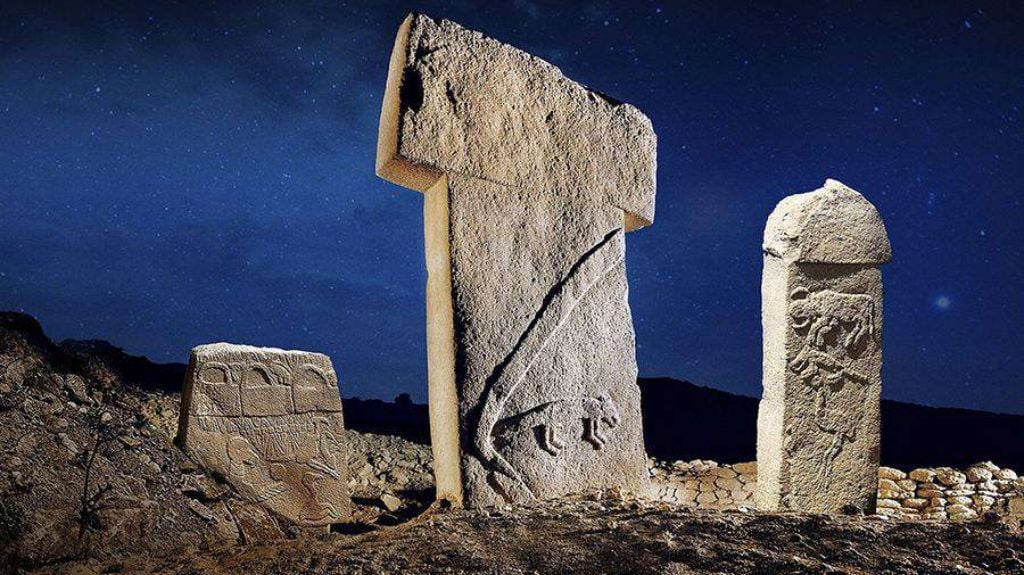 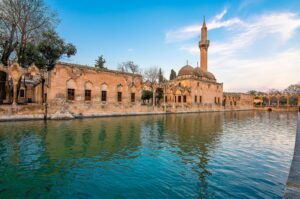 Free morning in Istanbul to relax at the hotel or visit the the Grand Bazaar,  the Kapali Çarşı. the most famous and largest SOUK MARKET in the world!  In the afternoon we meet at our hotel to transfer to the airport for our direct flight to Sanliurfa, (formerly Urfa).  With our first step on this land, we realize that we are walking on the most ancient ground of human existence on this earth. Sanliurfa is an ancient settlement, the first in what was once MESOPOTAMIA, located between the Euphrates and Tigris Rivers. Sanliurfa is also called the “City of Prophets”, due to the association with Jewish, Christian, and Islamic history as the hometown of Abraham.

It is the rediscovery of this ancient site that MUST rewrite history as we have been told.  For years, archaeologists refused to associate themselves with the dating of this site it was so unbelievably ancient that it defies everything we thought we knew about human civilization on this earth.  Today we will explore Gobekli Tepe, a sanctuary of profound significance in the Neolithic world. Before the discovery of Göbekli Tepe, 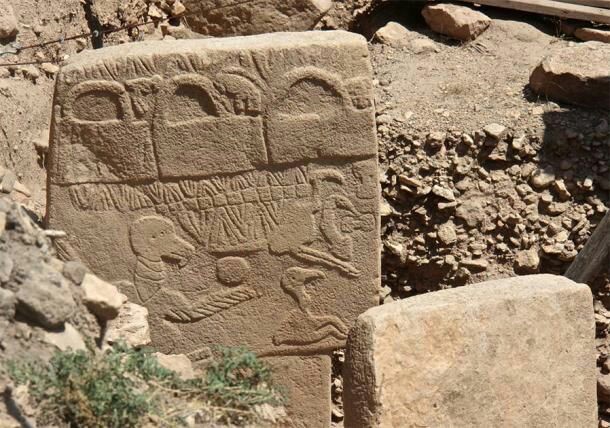 archaeologists believed that societies in the early Neolithic were organized into small bands of hunter-gatherers and that the first complex religious practices were developed by groups that had already mastered agriculture. Scholars thought that the earliest monumental architecture was possible only after agriculture provided Neolithic people with food surpluses, freeing them from a constant focus on day-to-day survival. A site of unbelievable artistry and intricate detail, Gobekli Tepe has turned this theory on its head.

After visiting Gobekli Tepe, we continue to its recently excavated sister site, Karahan Tepe, home to more than 250 Neolithic-era T-shaped obelisks like the ones found in Gobekli Tepe!  We drive back to Sanliurfa to explore the Archaeology and Mosaic Museum and Abraham’s Pool that is believed by Muslims to be the place where Abraham was thrown into the fire by Nimrod. Abraham is mentioned in three major religions, Christianity, Islam and Judaism. He was the same prophet who was prepared to sacrifice his son to God. 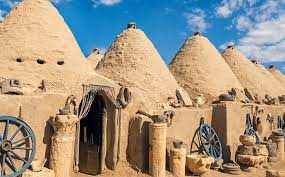 Today includes an excursion to Harran, the center of mysterious religious cults. The temple of the moon-god Sin was here, with worshippers until the sixth century. Sin was one of the great gods of the Assyrian-Babylonian pantheon. Also it is said that Adam and Eve went to Harran after being expelled from the Garden of Eden. If time permits, we will visit Sumurtar, having writing on its walls and reliefs of human figures representing the planets, before our transfer to the airport for our flight back to Istanbul.

Your $500 non-refundable deposit will secure your place on the journey, as long as there is space available.  (If we have reached our maximum number of 18 participants, your refund will be returned in full.). Please contact Cynthia to register and more detailed information  will be sent to you.